Best Off Campus Neighborhoods to Live in 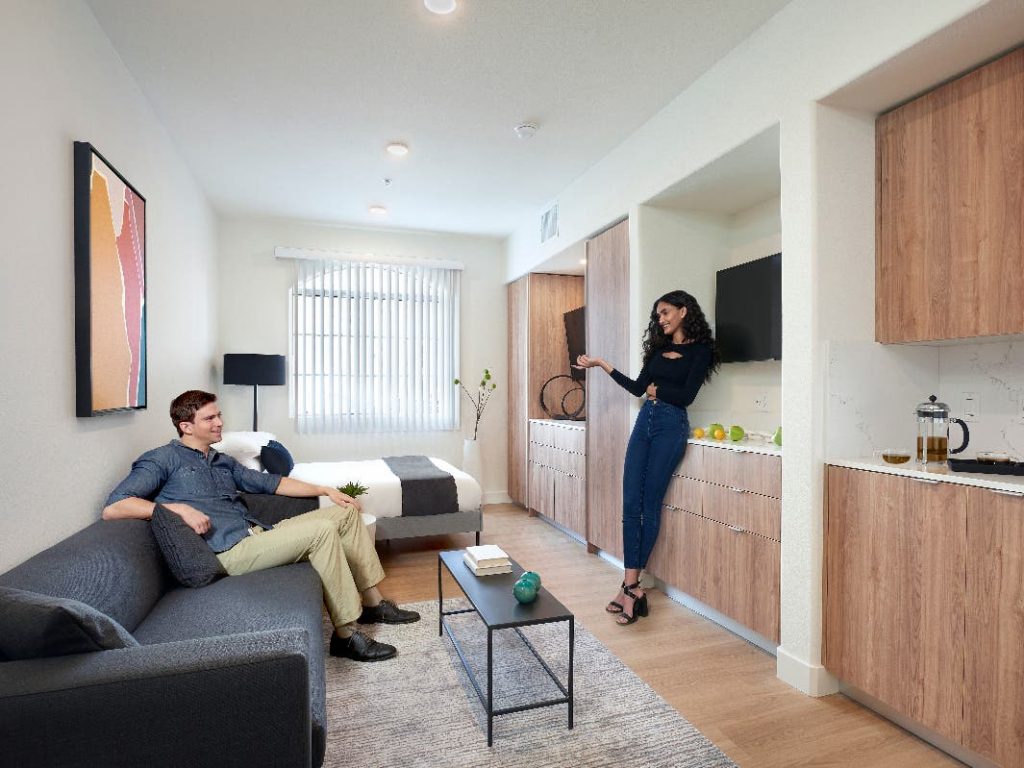 When deciding whether to live on or off campus during the next school year, it’s important to consider which neighborhoods surrounding campus might be the best fit for you should you decide to move off campus. The campus is surrounded by tons of neighborhoods that offer their own unique look and feel, and many students get overwhelmed when trying to decide where they might like to live. If you’re hoping to live in USC off campus housing, read this guide to see which surrounding neighborhood might work for you.

If you’re looking for excellent food, an abundance of unique coffee shops and bars, and a more residential feel, Koreatown might be the neighborhood for you. Koreatown off campus housing near USC is located about three miles from campus, and there are plenty of public transit connections to get you from Ktown to campus. Some students opt to bike to campus from Ktown too, which is sometimes quicker than taking the bus.

Many students find that it’s substantially easier to find an affordable and high-quality apartment in Koreatown in contrast to other more expensive neighborhoods surrounding USC.

Although the West LA neighborhood might be a bit closer to UCLA than USC, it’s still only about a 20-minute commute to campus. West LA is closer to the coast, meaning that you would have quick and easy access to the beach when you aren’t in class or studying. This is also a convenient option for people who want to be closer to an airport, as LAX is just a few miles south of the neighborhood. West LA is also closer to the many natural attractions, such as Topanga State Park and Tuna Canyon Park.

Culver City also sits west of campus, but it is a bit closer to USC than West LA. Culver City is a fantastic choice for those looking for cheap or free forms of entertainment, such as visiting public parks, walking along hiking trails, checking out fishing spots, and hunting for beautiful wall murals scattered around the city. Culver City is also known for having amazing food and plenty of coffee shops to help you get your fill of good eats and caffeine.

Silver Lake is located almost exactly five miles north of USC, and many students enjoy the laidback vibe of this neighborhood. Silver Lake is an excellent neighborhood for diehard Dodgers fans, as it’s a short drive from Dodger Stadium. Even if you aren’t super into baseball, you can find something to suit your tastes and needs in Silver Lake, whether it’s getting a bite to eat or grabbing a drink with friends.

Signing an off campus apartment lease is a big step, and it’s important to look at the benefits and drawbacks to each neighborhood or area you are considering before you sign one. If you aren’t sure whether you will like a certain area, you can always see if property managers are willing to offer shorter-term leases so you can try it out.

How to Choose a Heating Oil Company?

What is Amazon FBM and its evolution?

These Spectacular Gift Ideas for Men will Sort your Special Days

Vashikaran Mantra That Will Make Your Life Happy and Prosperous!

How you can get best edge baby safe guards from Babysafehouse…