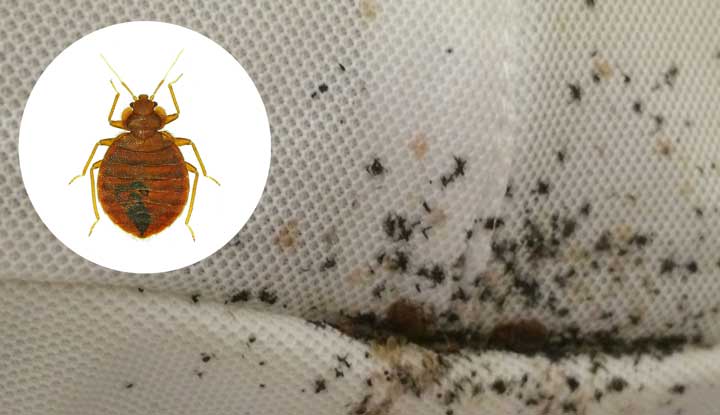 Bed bugs feed on the blood of humans and animals and are found in various locations, including homes, hotels, and other types of buildings. While bed bugs themselves do not spread diseases, they can act as vectors for disease-causing pathogens. Here are some of the most common diseases spread by bed bugs and discuss how to prevent and control infestations. Continue to read our blog to learn more.

One of the most common health problems associated with bed bugs is skin rashes. These rashes are often itchy and can lead to secondary infections if they are scratched. The bites can appear as red, swollen welts and can be mistaken for mosquito or flea bites. Sometimes, people may experience an allergic reaction to the bed bug’s saliva, which can cause more severe symptoms such as hives or difficulty breathing.

Bed bugs can also cause psychological effects, such as anxiety and insomnia. The thought of these bugs crawling on your skin and biting you while you sleep can be very disturbing, leading to a loss of sleep and a feeling of constant anxiety.

Another serious health concern associated with bed bugs is the potential spread of disease. While bed bugs are not known to transmit diseases, they are carriers of certain pathogens. They can pick up pathogens on their bodies while feeding on an infected host and then transfer those pathogens to another host.

One example of a disease that has been linked to bed bugs is Chagas disease. This is a parasitic infection caused by a protozoan, which is found in the feces of triatomine bugs (also known as “kissing bugs”). Bed bugs are carriers of this disease, although it is rare for people to contract Chagas disease from bed bugs.

Another example is MRSA, which is a type of staph infection that is resistant to antibiotics. Bed bugs have been found to carry MRSA on their bodies, raising concerns about the potential spread of this dangerous infection.

It’s important to note that while bed bugs can carry disease-causing pathogens, they do not transmit the disease directly to humans. It is doubtful that you will contract a disease from a bed bug bite.

The best way to prevent health problems associated with bed bugs is to prevent an infestation in the first place. This can be done by regularly inspecting your home for bed bugs, being vigilant when staying in hotels or other places where bed bugs may be present, and taking precautions when traveling.

If you do find bed bugs in your home, it’s important to take immediate action to eliminate them. This can include hiring a professional exterminator, using pesticides, and vacuuming regularly.